Expecting aquaculture to ‘feed the world’ may be unreliastic, UBC-led study shows

Trends in global aquaculture growth rates reveal that the 101 million tonnes of farmed fish intergovernmental bodies expect countries to produce by 2030 may be unrealistic.

A new study led by researchers at the University of British Columbia presents evidence suggesting that global aquaculture growth rates peaked at 14.1 per cent in 1996 and have been in continuous decline since then.

China, which leads the top 10 aquaculture countries with the highest farmed species production, experienced an order of magnitude drop in the growth rate of its aquaculture, which went from about 45 per cent over the five years before the growth rate peaked for the country in 1954 to 2.6 per cent between 2014 and 2018.

Countries like Myanmar, Chile, Norway and Thailand also exhibited downward trends, with some of them even showing negative growth rates.

“The Food and Agriculture Organization of the United Nations, the World Bank and the Organization for Economic Co-operation and Development have projected an average annual aquaculture production of 101 million tonnes by 2030, which means that they expect an annual growth rate of approximately 2 per cent to the 2018 production level. They have also projected an average annual demand for food fish of 173 million tonnes by 2030,” Rashid Sumaila, lead author of the study and professor at the Institute for the Oceans and Fisheries and the School of Public Policy and Global Affairs, noted.

“These numbers suggest that for aquaculture to supply most or all of the total global fish demand – as has been stated in some over-optimistic studies and media reports – the supply from fish farms would have to grow by at least three times the average projected annual growth rate by the FAO, World Bank and the OECD. Meanwhile, all we see is declines,” he said.

To reach these conclusions, Sumaila and his co-authors analyzed FAO’s time-series data that include total farmed aquatic animal and plant production for different countries and all continents, and which illustrate aquaculture’s changing productivity from 1950 to 2018. 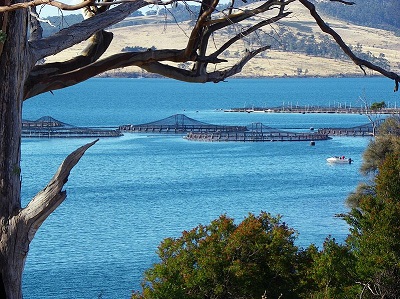 The analysis suggests that the notion that fish farms alone could supply most of the fish that the world needs seems unrealistic. Even when accounting for technological advances, the numbers don’t add up because the gains in technology and management would have to be very substantial and the economics would have to make sense, for the ‘optimistic’ forecast to come to fruition. Also, real fish prices would have to increase significantly for some of such investments to be paid off. This is especially true when accounting for COVID-19-related disruptions in global production.

The researchers pointed out that even if it were technologically, environmentally and economically feasible to supply all or most of the world’s fish from farms, other compelling socio-economic factors would need to be considered. Among these are the fact that China alone is responsible for 60 per cent of the global farmed fish production.

“This highlights the extreme geographical bias of farmed fish production, which implies that many developing countries with little purchasing power, particularly in the Global South, would suffer increasing nutritional and food insecurity if most of the fish supply were to be produced by farming,” said Daniel Pauly, senior author of the study and principal investigator of UBC’s Sea Around Us initiative. “This is because it would be difficult to meet their needs by importing seafood from the few big aquaculture-producing countries.”

The study concludes that it is not viable to rely on aquaculture to solve a myriad of global food insecurity problems, with one of the most serious consequences of aquaculture over-optimism being that it could strongly reduce the incentive to re-build and conserve wild fisheries except wild forage fish used in feeds.

“The world needs to guard against this happening to avoid social and economic consequences for many coastal communities,” Pauly said.

Source: This article originally appeared on the Sea Around Us website.